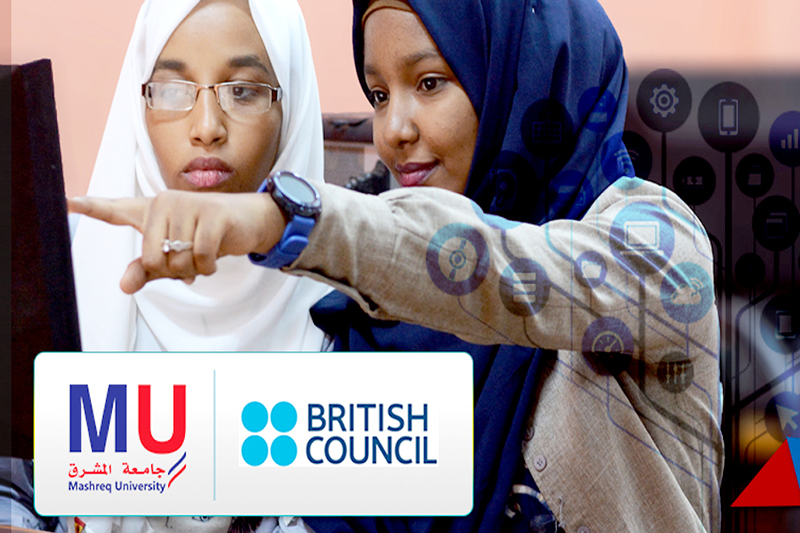 Mashreq University is sponsoring the Mashrouy 'My Project' contest in collaboration with the British Council Sudan, the Sudanese Youth Businessmen Association and The British Embassy in Khartoum.
Mashreq University has become the official academic sponsor of Mashrouy contest, which means 'My Project' that targets young Sudanese entrepreneurs
In the last decade, the world global economy has become more dependant on enterprenurship and it tends to lean away from the traditional businesses. Not a lot of people know that relatively recent enterprenurship company, including Google, which had an income of more than 100 billion US Dollars in 2017, Uber and Facebook have not just become strong competitors to the companies working in the world largest industries (oil, automobile, and aircraft manufacturing) but in fact they are now leaders of the global economy.

An innovative idea and a good understanding of the modern tools and technologies are the main factors for a successful enterprenurship company. The traditional businesses usually rely on the existing tools and industries, whereas enterprenurship businesses rely on an idea and on how to customize an industry to convert this idea into a product or a service. Enterprenurship, with its new vision, has a significant effect on the market that has flipped the rules of competition. This allowed new and small companies to compete and beat old and well established large companies in terms of product quality and income. For example, SpaceX, a company that is just a few years old, now manufactures and sells spaceships to to the decades older well known space agency NASA.The strength of the enterprunership is dependant upon the idea as mentioned before.

However, this idea should be unusual and extremely innovative that don't follow the conventional ways to be converted into a product or a service. Enterprunership companies have provided us with most of the tools and technologies the we use in a daily basis starting from the operating system Windows, the social networks, the Tesla electric cars and many more of unsuitable products and services in the markets of software, telecommunication, and other industries. Hence, the development of ideas that enterprenurship depends on is, with no doubt, the future of the global economy.
Mashreq University aims, as part of its policy in supporting the scientific work and innovation in the country, to settle the culture of enterperprunership among the youth in Sudan due to the significant effect this new philosophy has on the economy of the country as well as on the personal economy.
Mashreq University believes in the Sudanese individual and in his or her creative abilities, especially the youth who have the capability to build a better future and able to add to the international intellectual production as well as having their own significant footprint on the different areas of interprenuring. The excellence of Mashreq University students and graduates over the last decade at all disciplines was very tangible, which has become a rawmodel to many of the youth in the country. The university will always be keen to establish new opportunities and create an interactive environment in order to encourage the students to convert their ideas and projects into reality. Mashreq university is proud to the academic sponsor of Mashrouy on its 5th version in collaboration with the British Council Sudan, the Sudanese Youth Businessmen Association and The British Embassy in Khartoum. Mashruey is believed to be the most important initiative of its kind for interpernurship targeted towards the youth in Sudan.